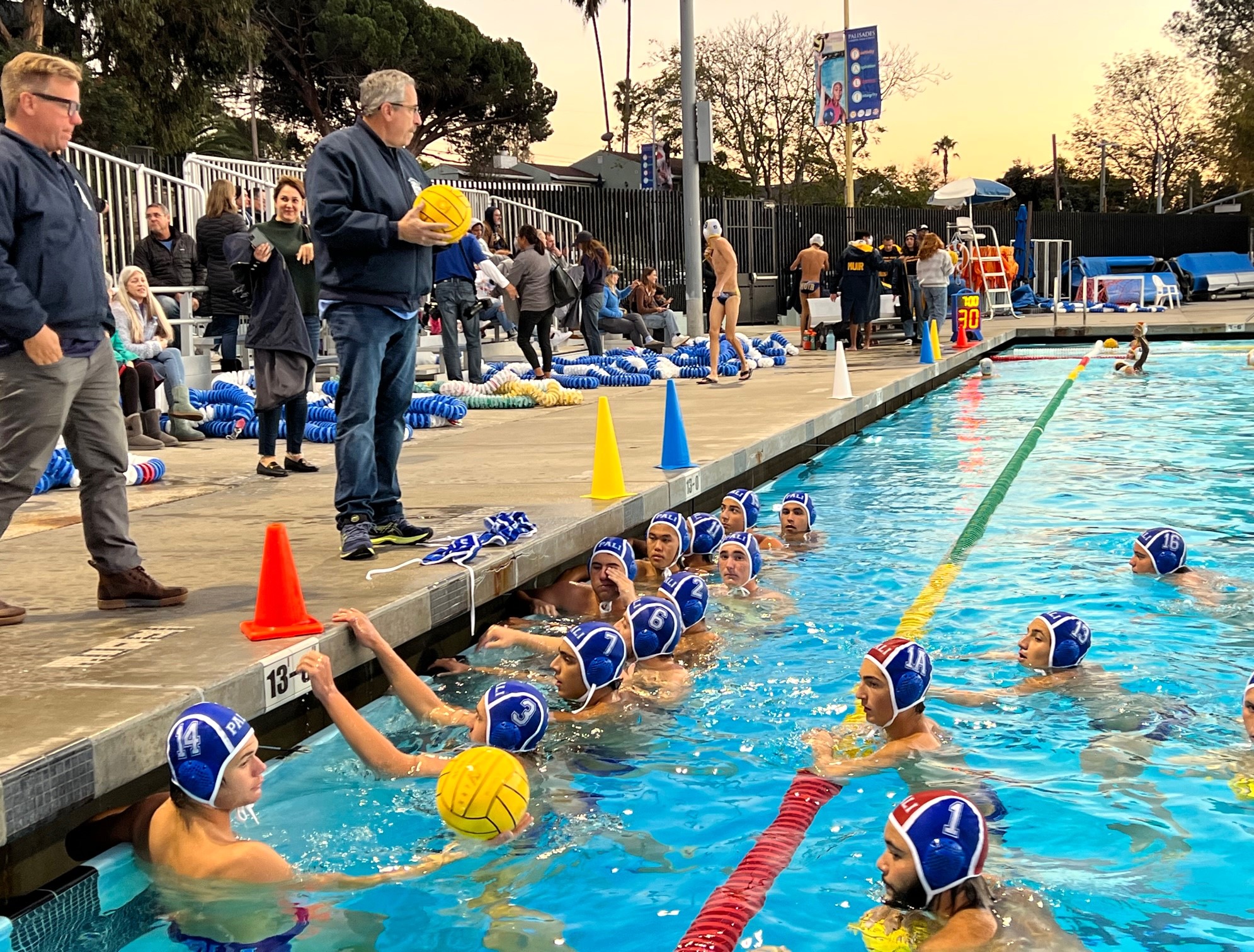 Coaches Adam Blakis (left) and Kirk Lazaruk speak to their team before the match against Muir.

It was close match, with the Dolphins up 3-2 after the first period. At half, the score was 6-5, the third period ended 11-8. Afterwards assistant coach Kirk Lazaruk said, “It was a little too close for me, too.”

Palisades High School had easily swept by the Patriots 16-10 on November 10 at Valley College to clinch a City Championship.  This was the team’s 10th Championship under head coach Adam Blakis.

Since 2012 in the City Championships, the Dolphins have faced Birmingham five times, Cleveland twice, Granada Hills, twice and El Camino Real once.

Lazaruk said the team was missing two starters, who were ill. “Everyone had to step up,” he said and praised his team. “They kept their composure while they were playing tonight.”

Senior and goalie John Possman made several key saves in the game.

To make it to the semi-finals, the top-seeded Dolphins beat the eighth seed Muir 22-15 on November 15.

Rancho Bernardo Broncos, from San Diego, defeated San Dimas 15-8 tonight and will face the Dolphins on Saturday, November 19. The championship will be played at the Maggie Gilbert Aquatics center. The game is scheduled for 5 p.m., but may be moved to 4 p.m.

This entry was posted in Sports. Bookmark the permalink.